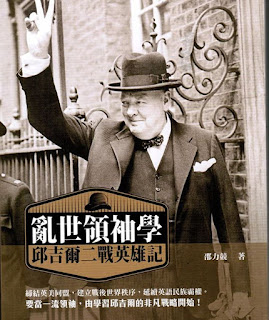 For some time I've thought of setting up an anti-Facebook alliance. In spite of all the frenzy and credits it's got, Facebook is actually bad for friendship and to some extent civilization itself:

1. Friendship is treasurable because every friendship is unique. You may have a group of friends from the same background (e.g. going to the same school or having worked at the same firm) but still, your interaction and relationship with each of them is unlikely to be the same. We are humans, not robots. Yet Facebook classified them all as friends. A while ago, aware of their own limitation, they added the "acquaintance" and "restricted" classes to your friends list. But still, its a very poor classification in contrast with the richness and diversity of possible human relations.

2. We all know that we say different things in different ways to different people. But Facebook is mainly a broadcasting tool, a loudspeaker in a forum through which you want to get heard by as as many as possible. You're forced to share the same things with a myriad of different friends. You can't even take a few to the corner for small talks as we do in a party or cocktail reception. Of course you can still send private messages but then that defeats the very purpose of this social networking tool.

Taking these two points together, Facebook is the industrialization of friendship. The result is huge quantity with standardization at the expense of diversity and human touch (craftsmanship).

3. Facebook makes it fast to share, no doubt. But that's also the potential malice. It's a cliche now that it only takes a second to open a profound wound in relationship but years to heal. And we all know we are more prone to erring than forgiving. I've seen too many instances in which friends have crossed or been crossed by each other, myself included. Sometimes that can just be unintentional. In the old days, one might send off a slanderous letter, regretted it and still be able to fetch it from the post office before it's too late. Overtime communication tool has advanced but not our EQ. The speed at which words travel in bytes in optical fiber nowadays is much faster than our ability to restrain our ill temper.

4. Even the most intimate friendship requires some breathing space; otherwise you'd choke it. But Facebook bombards you with all kinds of friends' updates, from the most trivial to the most irrelevant. I'm not saying that the little things in daily life aren't important. In fact, these are sometimes the ingredients for a great friendship. But it depends on the context and the persons you're sharing with (referring to points 1 and 2 again). There's just that amount of time and focus we can spare in a day. Too much information is eventually zero information because it'd only be glossed over.

5. Taking further from this, relationship requires a little bit of suspension and mystique. If you know every now and then your friends' whereabouts, and what they're doing with friends whom you barely know, you probably don't have to see them very often. (No wonder I'm seeing friends less often these days. )

6. Finally, having said all the above, I'd like to just sum up that like most things human, by it good wine or cheese or writing or wisdom, it takes time to mature. So is friendship. The haste with which we can add an unknown or even unseen "friend" here and now, and "delete" this person tomorrow, is nothing what we've experienced in any mode of communications since the invention of language. Yes, you may say that this is simply a tool and we can decide how to use it. But I suspect the same argument, with all due respect, can be applied to many other evil inventions by humans.

Finally, let's do a little bit of maths. I know people who have more than a few hundred friends or even a thousand. Unless one is a celebrity with a large crowd of followers, I can't figure out how this is possible. Suppose I have 1000 friends, it'd take me three years to see them all even I'm going out every day to meet a friend. (Well, you may say one can play duet or trio. Fine. But still you'd need a full calendar year to complete a merry-go-ground.) And for friends you're not meeting in three years, unless they're abroad, I wonder how they can be called friends at all.
Having said all this, I have nothing against you if you like Facebook. You may even retort, why am I using it? Yes, Facebook was at the beginning a good invention for long lost contacts and friends abroad. I'm simply saying that it's gone far beyond its usefulness. It's gone viral, as the netizens like to say, to the detriments of something most basic and cherished in our lives.
Posted by LK Shiu No comments: Links to this post

事後跟朋友說，難怪中國有句古話：仗義每多屠狗輩！朋友想起聖經撒瑪利亞人故事裏有句話：Who is your real neighbor？

以上純粹個人意見，如果冒犯了那一個偉大的香港人，敬希垂諒！如果你覺得還能一讀，歡迎轉載。
Posted by LK Shiu 2 comments: Links to this post